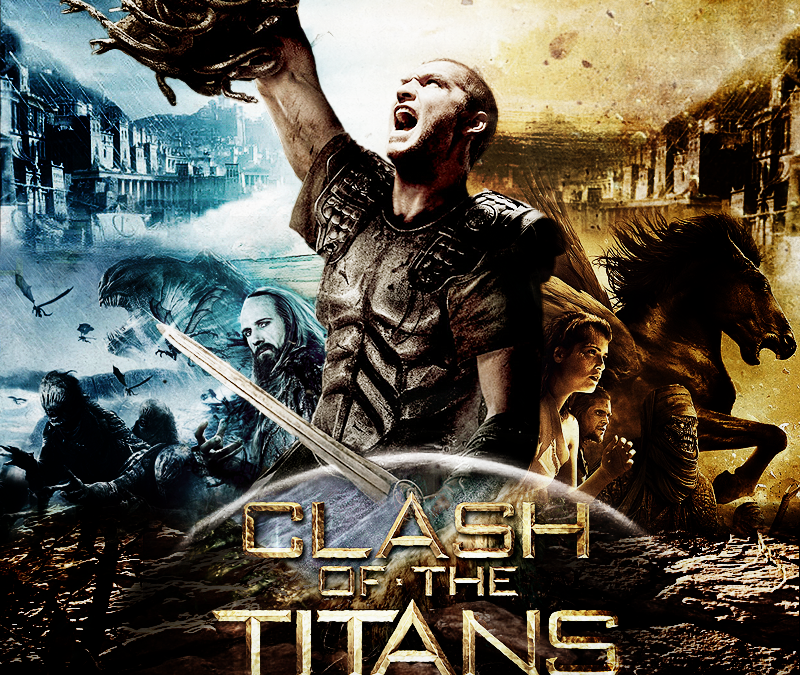 Perseus, half breed Demigod and son of Zeus, embarks on a quest to battle monsters and defeat the Greek Gods!

So, if you’re any kind of student of Greco-Roman history and stories, watching this movie is actually sheer torture. The inaccuracies start with the opening lines from the freaking narrator, the very first scene in the movie is all wrong and it doesn’t stop there but gets progressively worse throughout the movie. But basically the idea is, Zeus is the father of all humanity and is tired of not being worshipped by the humans enough anymore, and his brother Hades, Lord of the Underworld, convinces him to let loose the Kraken and other nastiness on the unsuspecting city of Argos. Perseus, who was spirited away when he was a baby due to his parentage, was discovered by a fisherman and raised more or less peacefully, only to have Hades kill his entire adopted family as a consequence of some other point he was trying to make. So of course now Perseus has to join the rest of the battle hardened Greeks to go to the Underworld and strongarm Hades and the rest of the Gods into giving it a rest already!

I love Liam Neeson, who plays Zeus, gamely declaiming his lines to a disbelieving populace – except they have him dressed like a French Knight instead of any kind of Greek God or King! I do have to ask, why are all the Greek soldiers dressed in Roman style? Do the movie gods think we simply don’t know any better, or what? The portrayal of Medusa, despite the fact that she is not a Naga, I thought was incredibly cool and actually better than Percy Jackson and the Olympians’ Medusa, who was Uma Thurman. The black Pegasus stallion given to Perseus to ride was extra nifty too, although given his half-breed status, I would have thought he’d just get a grey one. (You know, somewhere between God and man?) There are a bunch of bright and shiny people in the throne room of Mount Olympus, but the only other Gods who get any kind of interaction besides the three Big Bads (Hades, Zeus, and Poseidon) is Apollo – that’s it. Ralph Fiennes graces us with a fair performance as Hades, although the movie folks seem to think portraying Hades just like the Christian version of Satan would be a hoot. And then we have Perseus himself, another fair performance by Sam Worthington, who seems to be scooping up plum rolls like Avatar and Terminator 4 with no real notion how he got there. The whole thing with the Persian Sorcerors and using the giant scorpions as mounts is just…again, it replaces potential plot adventure elements from the original story. And I’m sorry, but they really did make the Kraken look like Turtle-Thulu.

Please bear in mind that while yes this is a remake of a 1981 movie, the two are hardly similar. This Clash has much better special effects, sure, but seems to have sacrificed plot for it, and that’s just sad. And just for the record, there are NO actual titans in this movie – even a cinema titan like Liam Neeson couldn’t save it.

It’s a Clash of the Titans, all right, a clash of bad movie remakes!