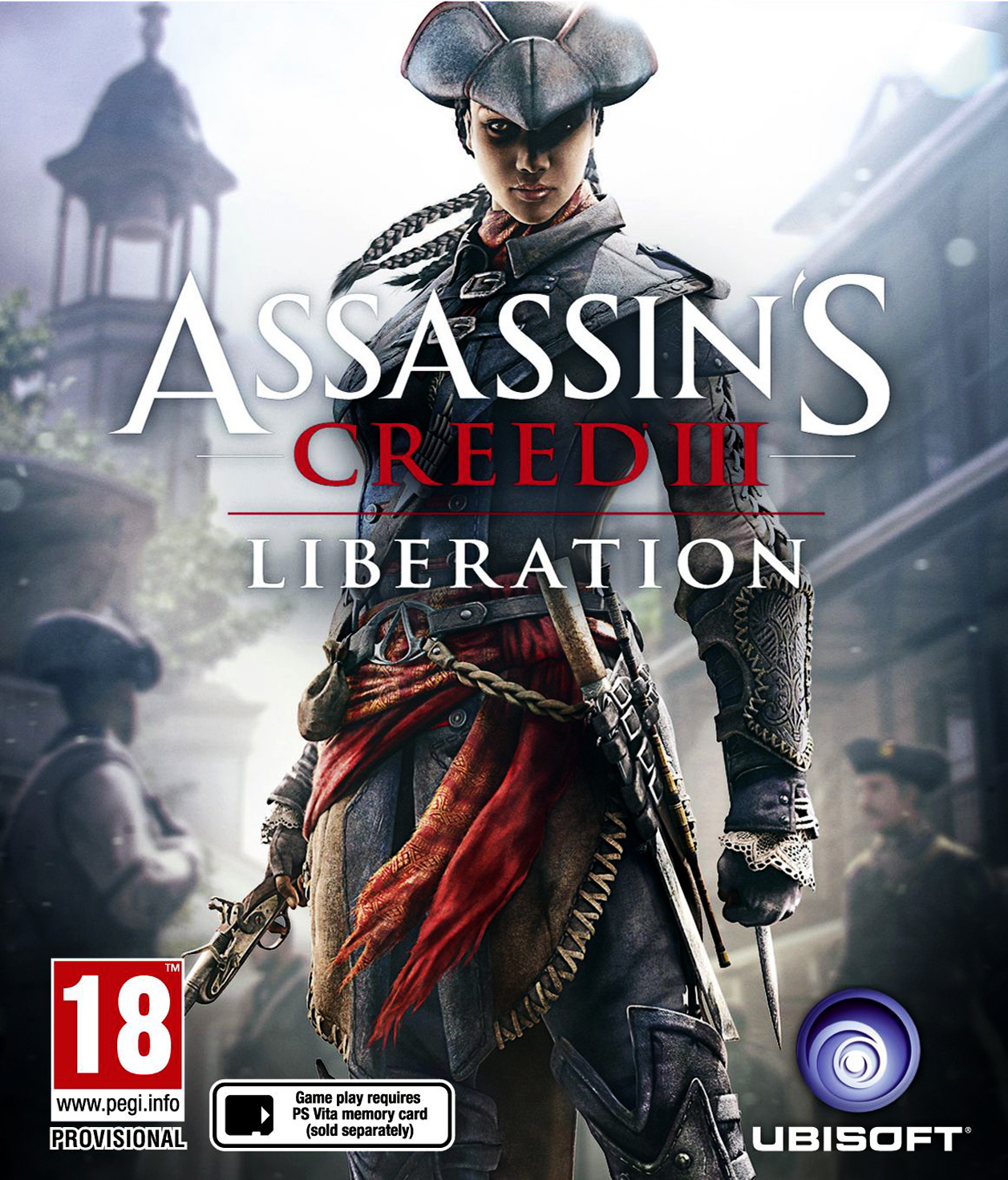 So Movie Moxie doesn’t play most games, she has Lame Gamer for that. However, watching the Assassin’s Creed franchise, how visually stunning it is, led Moxie to go stand in the relatively short line at the Ubisoft booth in the Exhibit Hall at Comic-Con, for the 15 minute trailer and presentation, but also for the free blow-up official ACIII tomahawk.

And then, since I couldn’t frankly get in to anything else and the line of costumed Assassins from everything from Brotherhood to Revelations amused me, I went to the panel for Assassin’s Creed III Liberation.

Here we have a completely new world, during the American Revolution, starring British and Indians and French troops, and a brand new Protag named Connor Kenway, and also Ratonhnhake:ton, which apparently translates from Mohawk into something like, “He Hunts it”.

There was plenty of talk about the style of gameplay, how a lot of the running and jumping and hiding to spring hidden assassination will now be done in forests and trees instead of cities and buildings. I was also quite excited to hear of a first for AC – naval gameplay and battling! That is, there is supposed to be 2 or 3 character-required scenes if not battles with ships on the water. Can’t wait.