From Dusk til Dawn the Series Season 2 Finale 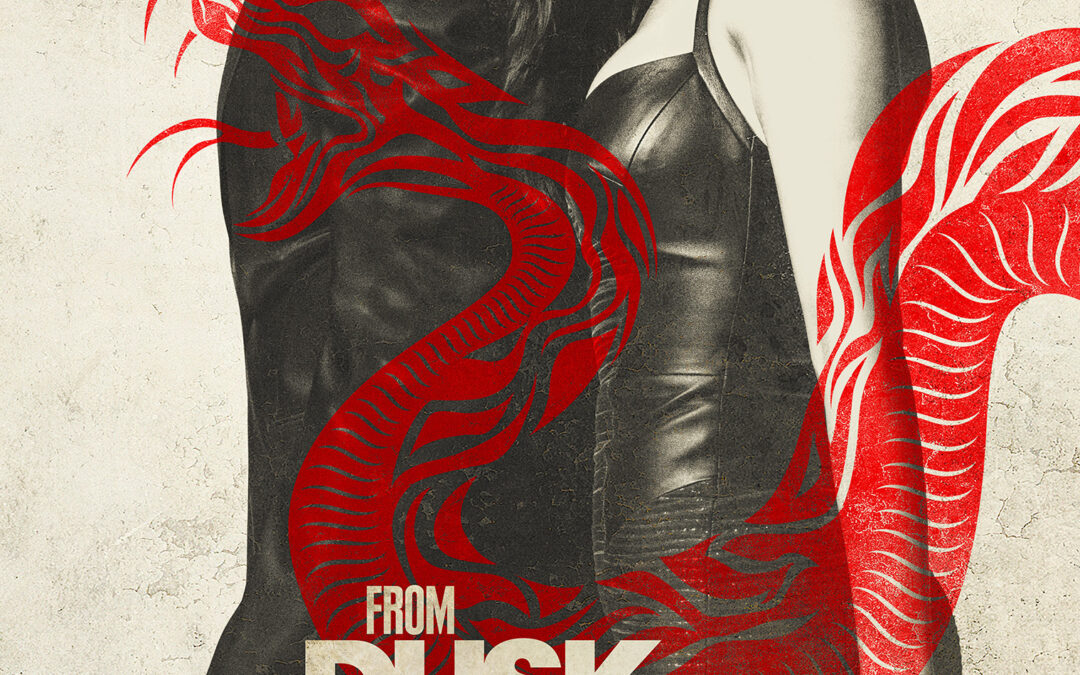 So here we are already at the end of season 2 of the tv series spawned from the popular film. Santanico escaped her prison, the Gecko brothers are up to a whole new series of tricks, and the Fuller kids are still causing trouble, so let’s get into this!

From here on out there shall be all kinds of Spoilers! Be ye warned.

So Santanico Pandemonium (Eiza Gonzalez), you know, the vampire culebra goddess who danced and drew in the food for her master maker Malvado (Esai Morales), she managed to escape his clutches with Richie’s help. Turned Richie (Zane Holtz) into a culebra while she was at it, too. But then, she wants nothing more than to go back into the snake-vampire world, to kill he who made her into what she is and enslaved her for a thousand years. Richie, while being reluctant to get embroiled back in the world of culebras, is intrigued by the idea of the riches the snakes are supposed to have as an empire, and so he joins Santanico on her quest for vengeance.

Meanwhile, Seth (D.J. Controna) and Kate Fuller (Madison Davenport) have gone on their own attempts to escape and do a few robberies to get enough money to get the hell away from the culebra influence. Kate still thinks she can somehow help her adopted brother Scott (Brandon Soo Hoo), who of course got himself embraced while stuck in the labyrinth under the Titty Twister, and yet somehow made it out and found himself a soldier in Carlos’ snake-vampire crew. Carlos (Wilmer Valderrama) is a Conquistador that Santanico actually embraced herself, long ago, and now he’s all kinds of angling for control of Malvado’s empire too.

Professor Sex Machine over there (I’m not kidding either, that’s what he calls himself for a good part of the show), he’s working on finding the last few bonds needed to finish the scavenger hunt that will lead to the – drum roll please – santa sangre, the ancient powerful blood well. Professor (Jake Busey) finds himself made into a culebra at Carlos’ hands, and well, his reason for calling himself Sex Machine and having a pistol instead of a pistola down there is no longer needed – apparently things you lost grow back when you become a vampire.

Texas Ranger Freddie (Jesse Garcia) also negotiated his way out of the labyrinth somehow and it inevitably changed him, causing visions and all sorts of culebra-like behavior while Freddie tries to hunt down the bad guys. At first he thought it was mainly the Gecko brothers and their violent crimes, but after crawling his way out of the labyrinth of ancient snake-vampires, he has to reprioritize.

Uncle Eddie (Jeff Fahey), the poor guy who had the interesting job of raising the Gecko brothers after their father died, he sells lucrative jobs to thieves in his area. Or he used to, before he got too old for the trade. So when both Richie and Seth show up separately and then together to convince Eddie to get involved in one last huge heist, he feels the fire of criminal fun one last time, though it does lead to some very unfortunate consequences.

So, everything has led up to this last episode of the season and lines have been drawn in the sand. Malvado’s managed to convince Richie that his hearts desire is to take over the culebra empire he built without Seth’s help, as he is totally sick of forever living in Seth’s shadow. Santanico can’t forgive the idea that Richie would side with her ancient enemy and is attempting to coerce Seth into helping her stop everything. Scott is reluctantly working for Carlos, who has determined to take Malvado down and drain the blood well for himself and his vampire cadre. The Regulator (Danny Trejo), an ancient vampire gladiator-like figure from the labyrinth was raised and sent after various enemies, he’s been dealt with. But now, it’s all coming to a head at a rather familiar-looking bar called Jackknife Jed’s, where Malvado has his offices and expects the drained blood well to be transported.

But meanwhile over at the blood well itself, confrontations are ensuing amongst all the bad guys, and the only truly innocent one left, Kate, will be made to suffer. The santa sangre has been (mostly) drained, the truck is on its way to Jed’s being driven by Scott, and Carlos thinks he has the whole situation wrapped up. Jed’s has been peopled with culebras as waitresses, the band, and a few others, while the food mingles among them completely unawares. Carlos ascends the stage while Santanico, the Gecko brothers working together finally, and Peacekeeper Freddie frantically plan for what the hell to do now to stop it. And what follows is a grand ole opry of a slugfest in the original tradition of From Dusk Til Dawn, a bar filled with the dregs of society and a bunch of snake-vampires, all duking it out to the swinging strains of great live music!

I’m glad the finale episode went back to the roots of what made FDtD popular, but I wish the rest of season 2 had been all like that, not just the finale. Fine performances are always pulled from all the actors, but I especially like Controna and Holtzs’ takes on admittedly hard shoes to fill as the Gecko brothers, and Jeff Fahey doing another great semi-retired gangster who has to wrangle the two of them. Plenty of practical effects and magic makeupery, rather than reliance on CGI, and a storyline that dragged a little while only to find its heart once again once the santa sangre was discovered, makes for a pretty damned good time watching the show. I recommend a binge-watch though, because even with the previously-on, the storyline can get a little convoluted. And of course, with a brand new set of convoluted underworld issues to face, the Gecko brothers and all their allies, associates, enemies and even eachother, have been renewed for a Season 3 on El Rey Network.