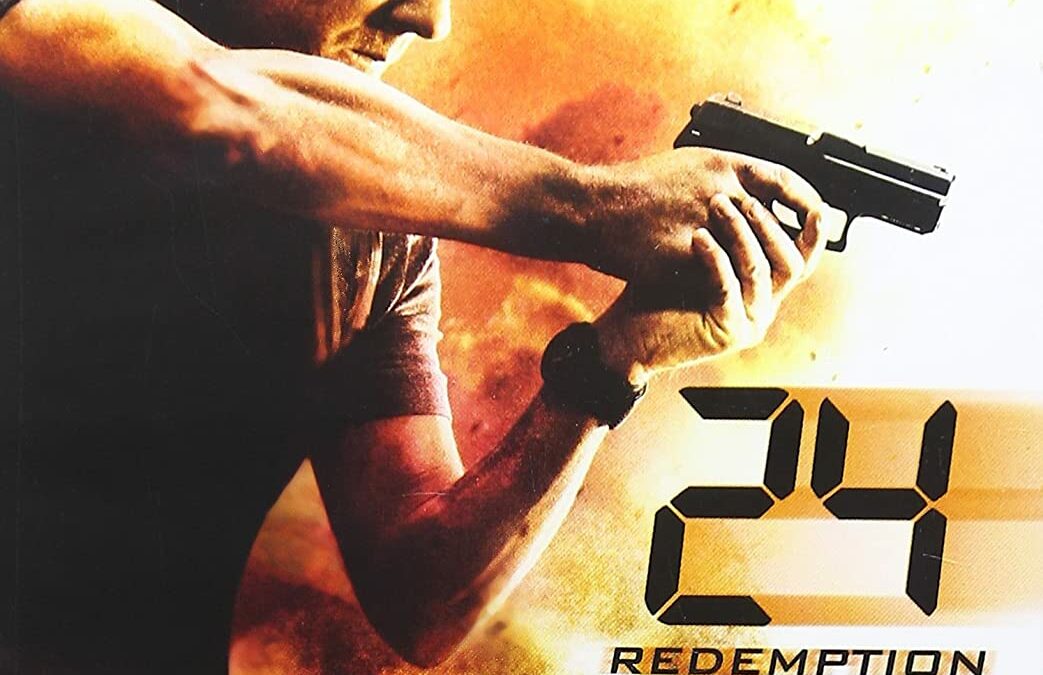 Federal Agent Jack Bauer returns in the first 24 movie, a lead into the much-anticipated season 7 of the show!

Okay, so I watched 24: Redemption last night after my trusty Tivo taped it. And oh my god, KILL. I adored the show 24 when it was still around, Kiefer Sutherland does a fantastic job as Jack Bauer, the CTU agent who never shies from doing the hard thing to get the job done and make sure the world is safe for democracy, right? And yet here we have Jack Bauer hiding in a fictional area somewhere in Africa, acting a missionary to deprived children with his friend Carl Benton. Now I know, after the end of Season 6 of 24, Bauer certainly did have to run away from the US. He has done it before, in the name of keeping his friends and family safe and alive. But this, this is just ridiculous. Because, dear readers, it just gets worse.

Interspliced during the showing of the movie, there are commercials, of course with Kiefer Sutherland in them, advertising for malaria help in Africa. I understand the situation in Africa is bad, and I sympathize. But you folks are already using one of my more favorite shows here to preach to me, and all I see is a guilt trip. The oh so anticipated 24 movie was barely about Jack Bauer and the new president elect (who happens to be a woman, oooh) issues, but rather all about the desperate situations in Africa and how we need to do more to help them. I do not want a show, any show I watch, to shake a finger at me for not doing more to help the world. Yes, it is selfish and arrogant, I will admit it; entertain me, that’s all I want!

The only good thing about the entire movie, I’m sorry, was the brief preview for Season 7 at the very end of the movie. (Which got cut off, thanks to my Tivo’s timing.) And even then, yes, I have criticisms. It looked like Tony Almeda, a favorite character of mine, was going to be showing back up on the show, this time on the wrong side. And while, hey that’s great plot and all, they should’ve teased that out a bit longer, if for no other reason than to give die hard fans something to actually look forward to.

For a TV series movie, it’s not bad. 24 Redemption kept to the same original plot and at least it still had Kiefer Sutherland as Jack Bauer. But if they had attempted to end the show on that kind of movie note, instead of using it as an introduction for Season 7, I’d be livid.