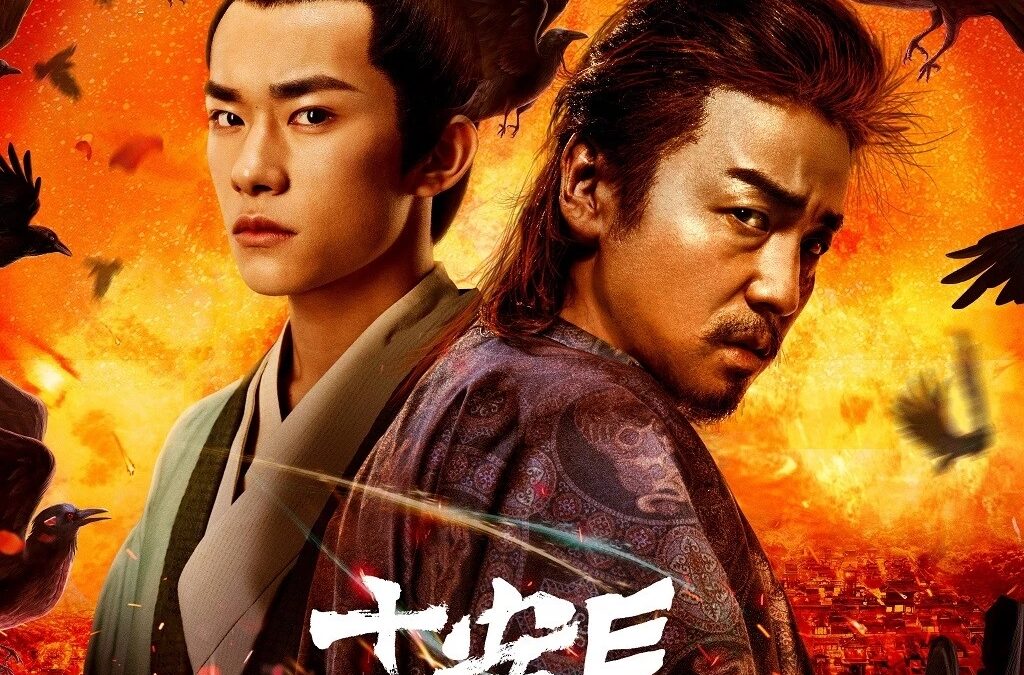 Condemned felon Zhang Xiaojing is given a 24-hour reprieve from execution to discover the terrorists plaguing Chang’an during one of the busiest festival days of the year!

In ancient China, the cosmopolitan capital city of Chang’an is the biggest city of the Tang Empire, and as such is of course host of the biggest Lantern Festival the Empire has to offer – this setting and time are where our story begins.

Li Bi (Jackson Yee) is head of the newly-formed Jing’an Si, the Department of City Security or Peacekeeper Corps, a kind of ancient Chinese version of the CIA, and an ally of the beleaguered Crown Prince in the Court. It’s Li Bi’s idea to grant unheard-of amnesty for 24 hours only, to the condemned criminal Zhang Xiaojing (Lei Jia Yin), after a botched attempt to find the terrorists that have infiltrated Chang’an intent on major rebellion against the Empire.

Zhang was once a devoted soldier and upon returning to the city after several major battles, was the equivalent of the chief of police for some time before he, in a fit of revenge rage, killed 34 members of a gang that had murdered his former Army commander Wen, and then also killed his current commanding officer for his part in the whole sorry affair. Zhang’s stint in the Army and as police chief of Chang’an led him to know the cities’ shadowy parts and their gangs of cutthroats, thieves, mobsters, and murderers, very well. Even before he killed the 35 people that got him condemned for execution, Zhang had earned a reputation in the sophisticated city of Chang’an as a ruthless, vicious beast of a man who will stop at absolutely nothing to see justice brought to wherever it needs be – including the very Court of the Emperor and all his Ministers. He’s exactly what Li Bi needs to stop the infiltration of Chang’an by the terrorist cell known as the Wolven Squad.

Inevitably it turns out the Wolven Squads intent of the destruction of Chang’an is just the tip of the iceberg, the conspiracy goes far deeper and wider than just that, involving underworld gangsters, corrupt Court bureaucrats, international Church intrigues, a huge web of plots and deceptions more than a year in the making, all planned on culminating on this day of the Lantern Festival in the ultimate destruction of Chang’an entirely. An antagonist leader of sorts emerges in the midst of chaos, Long Bo (Zhou Yiwei), who it turns out has a long unresolved history with Zhang that needs addressing too.

Done very much in the style of the Fox show ‘24’, the show is literally the one entire single day in Chang’an, with 48 episodes that each represent approximately half an hour inside the show itself. The props, costumes, and especially the sets of the ‘Longest Day in Chang’an’ are incredible – the scene crew spent 7 whole months building the street scenery of Chang’an alone. Based on a novel of the same name by Ma Boyong, The Longest Day in Chang’an is a suspenseful whirlwind of action-packed intensity, heartfelt drama, and grand imagery you won’t find anywhere else!

Come witness the Lantern Festival of The Longest Day in Chang’an on Amazon Prime Video now!