Moviemoxie presents
On
This event was featured at . 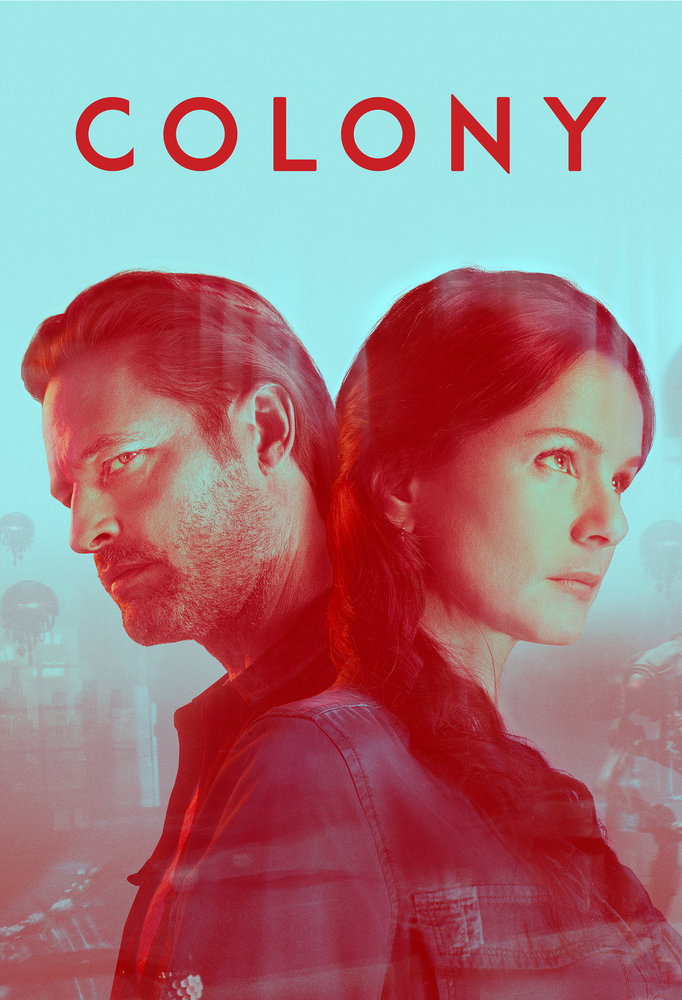 Welcome back to our alien invasion occupation, already in progress! Season Two of the USA hit Colony brought us way more intrigue, betrayal, and sacrifice than the first season, and it all culminated in total rendition of the Los Angeles bloc! The Bowmans have survived mostly intact but forever altered, gained new allies and enemies, and further embroiled themselves in the mess of collaboration versus resistance!

Josh Holloway is obviously one of the major heroes of the show, despite his being forced to collaborate, and though the journey for his character in particular through Season Two was dark and hard, “Will went through Hell, and I loved it. Season Two really elevated everything on the show and it was amazing, but I’m glad to be out of that suit and away from those bloodsuckers I was working for.”

Sarah Wayne Callies is a fan favorite purveyor of strong female characters on several shows she’s already been in, same with her character Katie Bowman on Colony. She waxed poetic on the brutal choices Katie Bowman had to make in Season Two, “Is it better to die standing than to live on your knees, yes absolutely, but it’s also a question of what General do you follow into battle? I think one of the big challenges of Season One and going into Season Two, had to do with the costs of waging that war, and in whom do you place your trust? Quail was not a man worthy of that trust, and so I think over Season Two you have the evolution of Katie leaning more and more into Broussard’s leadership, which itself evolves into something more of a partnership.”

And speaking of Broussard, Tory Kittles talked about the more in-depth role his character played in Season Two: “It’s such a grey area with all the characters, the morality changes. Like he (Broussard) was playing both sides to get information, and that does something to a person, to a character. And then he found hi

mself working with Will Bowman, which I don’t think he thought would ever happen, in this world and under these circumstances. Everything is changing, not only for him but for all the characters. At the heart of him I know he’s a good guy, I think he’s doing it for all the right reasons, but sometimes he might be … excessive.” Only when asked where he would like to his character go on the show, did he laughingly reply, “Hopefully to Season Ten!”

Peter Jacobson, who plays everyones’ favorite weasel character Snyder on the show, tried to convince the crowd and himself of Snyder’s survival-only intentions. “It’s so fun to play a morally complex character; I can thank the writers for making me a character to play in that ‘who the hell is he?’ kind of zone, which Snyder really does. For me as an actor, Snyder doesn’t think ‘oh I’m a bad guy,’ no, he’s a master survivor, he will do whatever the hell it takes to survive. He’s not your sort of typical Snidely Whiplash kind of villain, and I think that’s really compelling, that he’s just a normal guy.” 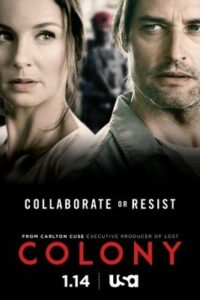 Callies went on to speak proudly of her character Katie Bowman and her great strengths: “There are moments where she seems to be willing to put her own children at risk, in order to take a stand, for all of the children of the bloc. It’s a really complicated space to inhabit as a parent, but also as a woman. By and large in our storytelling, women are defined by our ability to be faithful to our husband, and saintly to our children. And to have a woman who, from the outset, is willing to be devious with her husband and to put her own childrens needs at least on par with the other children of the bloc; I just think its one of the most interesting female characters I’ve ever had the chance to play.”

Newcomer to this years panel Executive Producer Wes Tooke talked about having a clear vision for where the show wanted to go in Season Two, and how it will lead to a seriously more dynamic Season Three. “The challenge of Season Two is how do we create something that’s emotionally engaging, tells a great story and sets us up for where we want to go and the huge leap we want to make to Season Three, which is going to dramatically re-frame the entire show.”

Colony mainstay Ryan Condal spoke of the fascinating challenges in creating such a story for television and the lead-in to Season Three: “We’ve always seen the show as being a series of concentric rings of story, so Season One had to be small, we’re seeing this world through the singular point of view of the Bowman family. But now the show has evolved and we’re now twenty-three episodes into it and we have another thirteen episodes coming this year, so we’re able to expand out those rings and see the world larger and different, more diverse, points of view. There are things that are yet to be revealed, and there are things we’ve given you already, so I would challenge you to go back and take another look (before Season Three airs). There’s a lot of big answers to come, and (after the showing of Season Three preview exclusive to Comic-Con) you’ll have a really good sense of all the big questions that you’re probably asking yourself, and us, right now, will be revealed pretty early in Season Three.”

The panel went through fan questions and ended with a quest for hardy SDCC-goers: the picture below, along with coordinates and the code-phrase “The enemy of my enemy” was flashed on the big screen, so make of it what you will, Colony fans.

Catch the expanding world of Colony on USA in 2018!